While all-time low interest rates appear to be galvanising the economic revival after the virus hit, they are also powering another crucial segment in the economy, i.e. the mutual fund industry, as the sector has been adding assets at a faster pace over the recent months amid depositors and corporates parking their excess cash at a relatively higher return than what is now offered by banks.

Unit Trusts were seen adding heft by way of assets into their funds, with the top five funds collectively adding close to Rs.14 billion in new assets in the first two months alone in 2021.
According to more recent data, the top five unit trust funds collectively had assets under management (AUM) of Rs. 170 billion by end-February with the largest fund, NDB Wealth Money Plus Fund topping the list with AUM of just under Rs.85 billion.

The biggest gain in AUM was seen specifically between December 2020 and January 2021 when the AUM of the largest five funds gained over Rs.11.3 billion in new assets.

Apart from the ultra low interest rates in the economy, which have given an impetus to the industry, banks and corporates may have also parked part of their excess liquidity in Unit Trusts, further contributing to the robust built up in the mutual fund industry assets.

The pandemic-induced lockdowns and other restrictions built the largest ever deposit build up in the banking sector in 2020, sending their excess liquidity into highest levels, prompting them to seek better yields in other assets such as Unit Trusts.

Meanwhile, predictability over the tax policy for the next five years and the confidence that Central Bank would maintain the low interest rate regime in the medium term may have also contributed to the asset build up in the otherwise nascent industry.

Higher interest rates never help a vibrant mutual fund industry in a country as people and companies prefer safer bank deposits as their only channel to park excess funds.

Unit Trusts were introduced to Sri Lanka during 1991/92 with the main intention of broad basing share ownership following the incorporation of the Colombo Stock Exchange in 1985. But the objective is far from being achieved as there are not even 50,000 investors, representing just under 0.20 percent of the population.

Sri Lanka’s unit trust industry, which had AUM of Rs.133 billion by 2015 fell to Rs.100 billion AUM by early 2017 and saw further erosion due to the removal of withholding tax exemption on dividends received by a corporate unit holder and other tax reforms affecting the industry.

Connect with us on Email, Mobile, or WhatsApp at your convenience.
We offer comprehensive solutions for capital market investment opportunities in Sri Lanka.

Send us your inquiries. 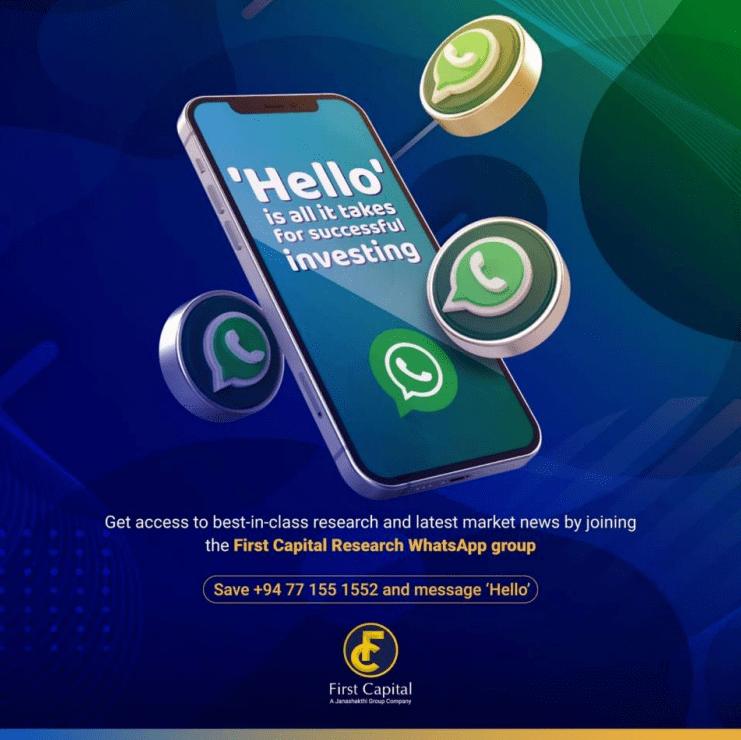